Chick-fil-A: In-store Lessons from a Brand that Wows - GSP

According to QSR magazine, Chick-fil-A “generates more revenue per restaurant than any other chain in the country.” Its success forced rival KFC to roll out a new fast-casual inspired design and mascot strategy to compete.

So what does Chick-fil-A do so well? For one thing, clean white signage that is so brand-consistent, it is instantly recognizable. Those contour-cut, spelling-challenged cows are everywhere – whether used on clever billboards or as a guide to the children’s play area.

The brand use family-friendly events to drive store traffic. A popular one is the annual “cow appreciation day” where customers are asked to dress up like cows. 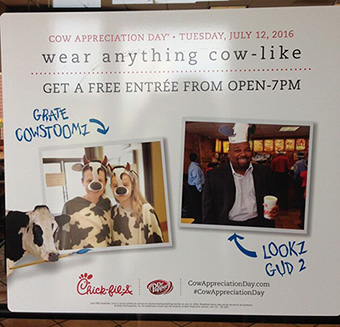 New store designs have a vintage look that incorporates trendy reclaimed wood and subway tiles. The company also pays tribute to its Georgia roots with light fixtures made from peach baskets and recycled Coca-Cola bottles. 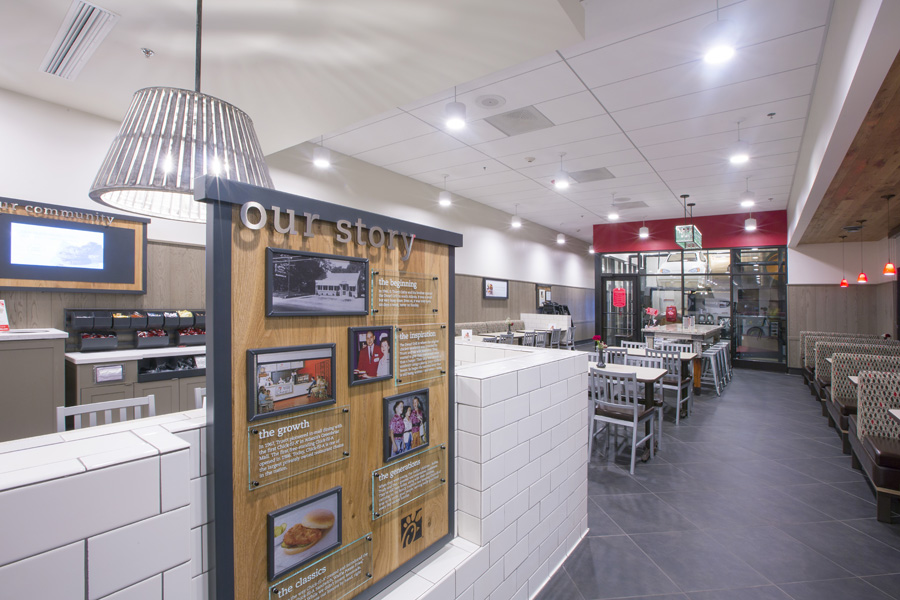 The brand also uses black-and-white lifestyle images to set the mood. It gives customers the feeling that they are guests dining in someone’s home.

Another small touch that speaks volumes about how they treat customers: Each table is set with a flower vase. Notice the little table tent ad to remind customers about catering. 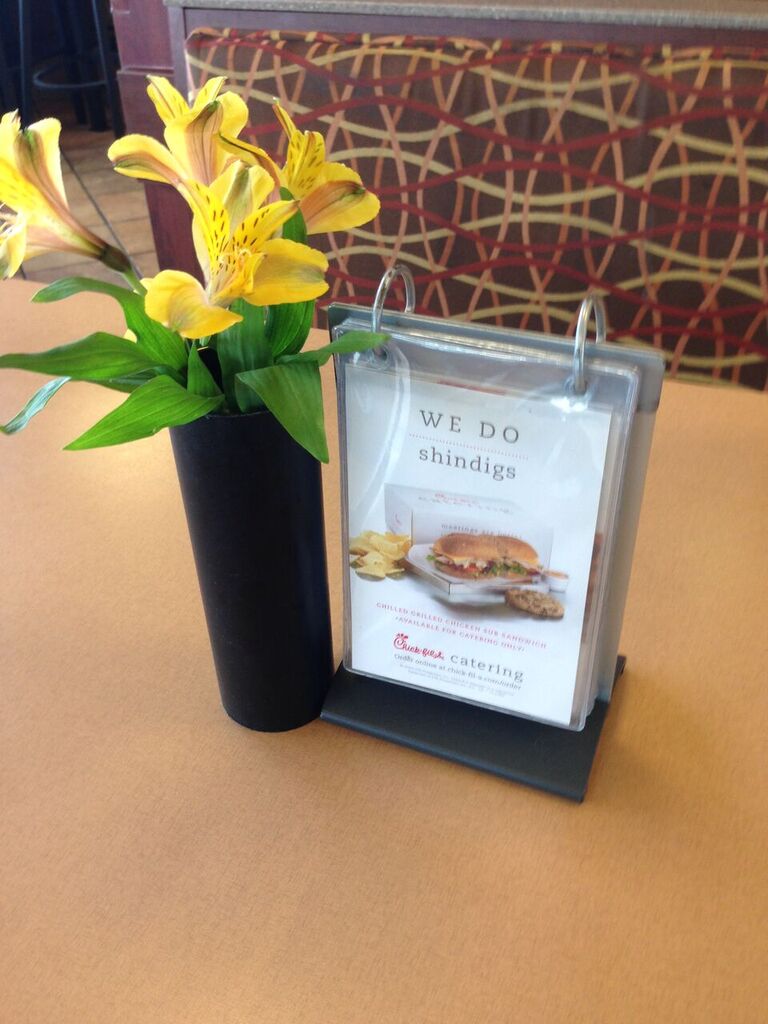 Business Insider said Chick-fil-A made “8 major changes in the past year.” It includes expanding into NYC, adding table service and new menu items such as premium coffees and baked potatoes, replacing cole slaw with a kale salad and testing spicier sauces. Franchises have also begun supporting LGBT causes such as gay pride picnics and film festivals. It should be noted that, in June, the chain opened on a Sunday to donate sandwiches and iced tea to blood drives supporting the victims of the Orlando nightclub terrorist attack.

Another new change aimed at millennial moms is called “Mom’s valet.” It lets parents with young children place their order in the drive-thru but eat inside. When they come in, a Chick-fil-A employee will have their table ready with food and high chairs set up.

And now we can reveal a ninth change: Advertising Age reports that Chick-fil-A is switching ad agencies after 22 years. The company is moo-ving to a “cows-plus” marketing strategy “to tell stories on topics such as food, people and service that might not fit as well into the cow theme.” Chick-fil-A’s chief marketing officer, Jon Bridges, says the cows are still “an integral part of the brand. They’re our mascot, if you will. But they aren’t the brand. The brand is bigger than that.” So we’ll be waiting to see what Chick-fil-A does next.