How Much Will Americans Spend on Back-to-School Shopping? - GSP

“Consumers are in a strong position given the nation’s growing economy, and we see this reflected in what they say they will spend on back-to-class items this year,” NRF President and CEO Matthew Shay 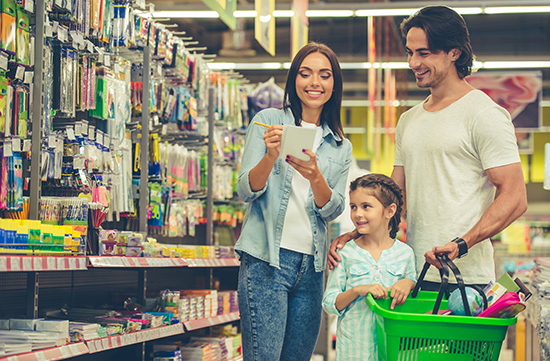 Families with children in grammar school through high school plan on spending an average of nearly $697, up from $685 last year. And although per-household back-to-school spending is up, total spending is down. Families claim to have fewer children in grades K-12.

Families with college students are expected to spend an average of close to $977. That’s up from $942 last year. However, overall spending is expected to hit $54.5 billion, down from $55.3 billion last year.

Need help promoting your next big shopping event or campaign? From signage and branding to fixtures and remodels, GSP has your retail needs covered. Follow us on Twitter, like us on Facebook and connect with us on LinkedIn to hear more.

1The survey of 7,660 consumers was conducted by Prosper Insights & Analytics between July 1-8 and has a margin of error of plus or minus 1.2 percentage points.