Customers Fuel up and Hit the Road

According to AAA, overall Independence Day travel is expected to rise 4.1 percent over last year. An additional 1.9 million people are planning road trips and other vacations to celebrate the Fourth of July. 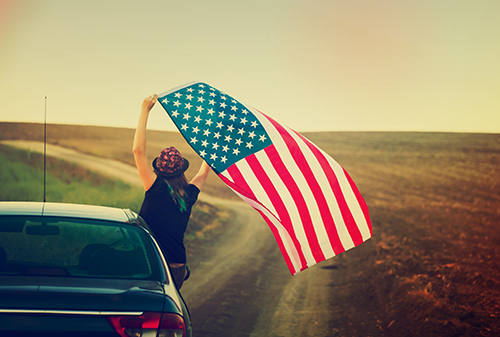 Lower gas prices are motivating 41.4 million American drivers—the most on record—to hit the road. This is a perfect opportunity for convenience store retailers to convert those fuel-only sales into c-store purchases. With road trippers seeking out snacks, iced coffee, and grab ‘n go items, now’s the time for stores to alert customers of their popular offerings, loyalty programs and promotions.

How Americans Plan to Celebrate the Fourth of July

Though millions will be traveling, others plan on partying, picnicking, barbequing and enjoying fireworks displays with family and friends.

Retailers traditionally welcome Fourth of July shoppers with deep discounts on everything from mattresses to mowers. Stores like Best Buy, Home Depot, Target and Walmart, just to name a few, celebrate Independence Day by dropping prices, offering coupon codes and running campaigns customers can’t resist. Plus, consumers using the GasBuddy app can score free fuel with purchases from retailers such as Harry and David, Dick’s Sporting Goods and more.

GSP helps retailers with everything from remodeling their legacy stores to rebranding, marketing, technology and more. Follow us on Twitter and LinkedIn to hear more.